Neiwan Village is located in Hengshan Township, Hsinchu County. The local residents are mainly Hakkas. Neiwan Old Street’s nostalgic charm has sparked tourism in recent years, attracting many tourists to the village, especially on weekends. Attractions in the village include the quaint Neiwan Train Station, the Neiwan Theater, and the Neiwan Suspension Bridge. The houses on Neiwan Old Street have their unique historical significance. The street used to be the main road in the Jianshi area, which has a flourishing forest industry. The houses are mostly made of red bricks with pillars and foundations, and wooden boards are used for the walls, doors and windows. The roofs are covered with curved roof tiles or Japanese tiles.

In the past, the woods cut from the forest were placed in what is now Neiwan Theater. In 1950, considering the hardworking forestry workers’ need for leisure activity, plans were made to build a two-story Japanese-style theater. It is now the best-preserved old wooden theater in Taiwan. In terms of its overall appearance, the building’s loft-style is the most fascinating part of the structure. The theater is made of the most luxurious building material at the time - "plank." The roof is covered with Japanese-style black tiles. Because the cinema's interior was planned as a multi-functional area, song and dance performances could be held there. 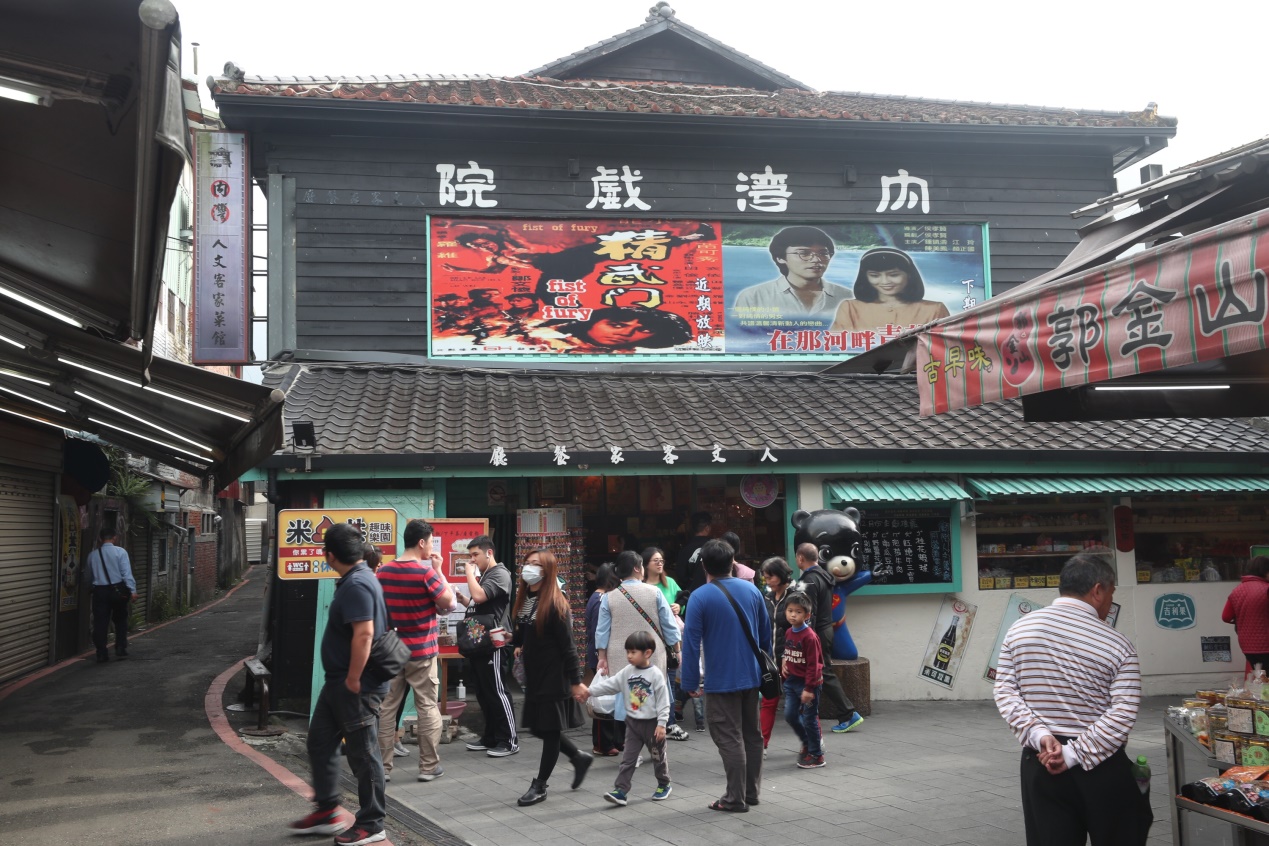 In 1980, the theater closed due to the decline of the forest industry. After being renovated in 2002, it was given a new lease of life. It was transformed into a retro and cinematic Hakka cuisine restaurant. The restaurant shows old movies throughout the day and displays artifacts from Taiwan's early days. It is an exciting experience to dine at the Neiwan Theater and taste authentic Hakka food while enjoying classic movies.

The famous Neiwan Suspension Bridge hangs on both sides of the Youluo River (油羅溪), which flows down the winding valley from the Jianshan Mountain area. It is popular with local and foreign tourists to play in the water or fish at the river. The bridge is about 147 meters in length and 2.6 meters in width, providing safe passage for people and vehicles. It is also a part of a tree-lined path that is the favorite route of many mountain climbers in the area. 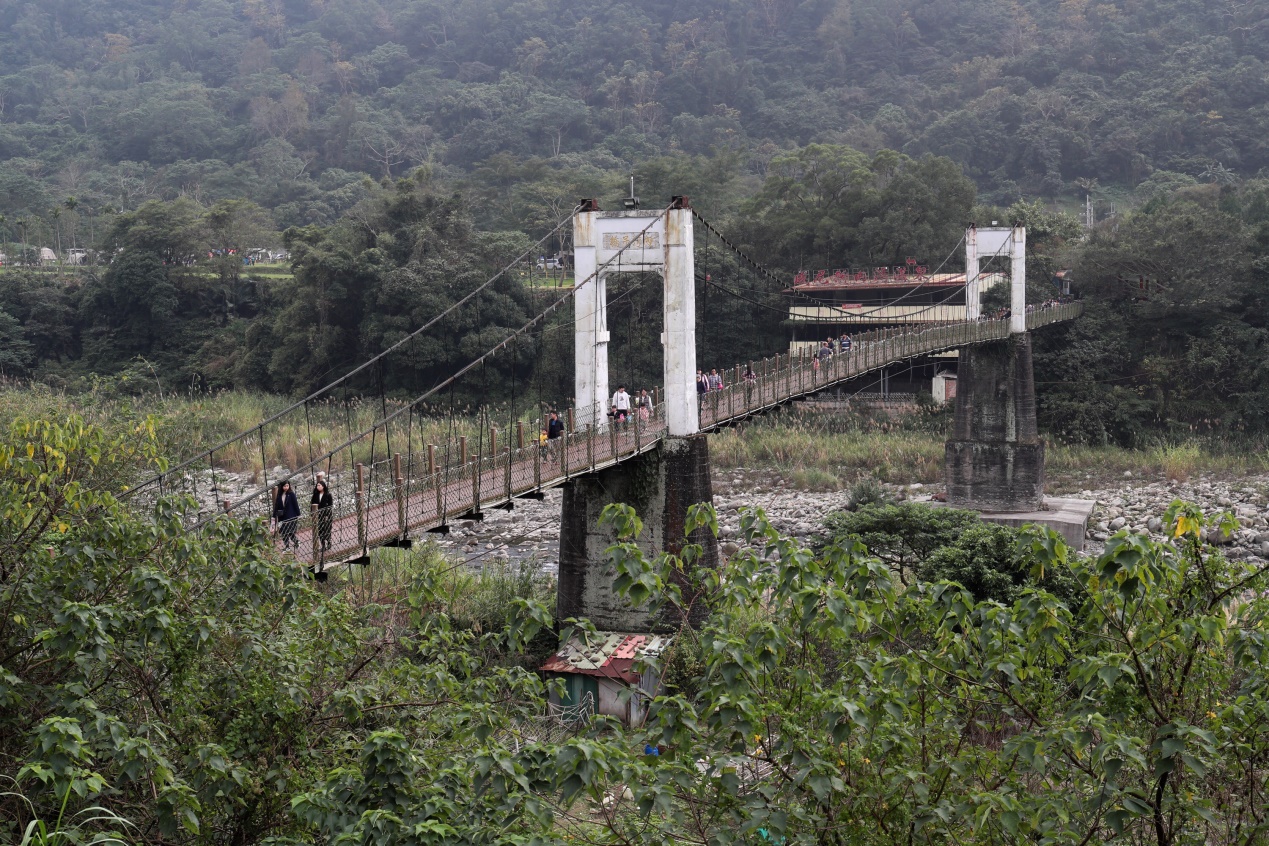 The famous Neiwan Police Station is a Japanese-style building on the hillside next to the Neiwan Railway Station. In the early period of Japanese colonial rule, Neiwan, situated on the border between the areas Han Chinese and indigenous people occupied, was known for its poor public security. In order to maintain stability and facilitate management, the police station was located at the best commanding heights to offer a good view of the area. That not only prevented it from being flooded, but also facilitated the control and management of the entire Neiwan village. After the completion of the railway, the police station also took charge of the safety of the rail traffic. The building was built in full accordance with Japanese architectural style and construction method at the time. It is one of the few remaining Japanese-style police stations in Hsinchu County and is quite worthy of preservation.

Hexing Station belongs to the Neiwan branch line. In the early days, it was used for the transportation of raw materials for cement. Later, in October 2000, it was downgraded to a call stop (request stop) and tickets were no longer sold for that station. The Taiwan Railway Administration had planned to abolish the station. Then, a couple came forward to adopt the old station and promoted the rebirth of Hexing Station. The station became well-known because of the couple's story. Therefore, it has a romantic alias of "Love Railway Station." The station preserves the quaint Japanese-style wooden architecture, the display on the ticket window, the remains of the track, and the aerial cable car that transported the cement materials. The romantic love story of the couple is also written in the station. 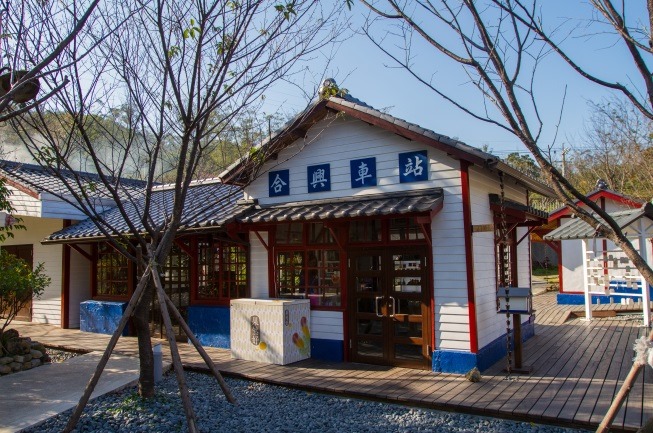